So you already watched ‘Get Out‘ five times and you’re ready for Jordan Peele’s next project? Well, hold on…it’s coming!

On Monday, a plot synopsis for his new film ‘Us‘ was released and it got everyone excited…

“A mother (Academy Award winner Lupita Nyong’o from Black Panther, Star Wars: The Last Jedi and 12 Years a Slave) and a father (Winston Duke from Black Panther) take their kids to their beach house expecting to unplug and unwind with friends (including Emmy winner Elizabeth Moss from TV series The Handmaid’s Tale). But as night descends, their serenity turns to tension and chaos when some shocking visitors arrive uninvited.”

Obviously that’s a pretty vague description, but it’s just enough to make you want a taste. I’m not sure why this got all sexual all the sudden.

Anyway, in addition to the plot synopsis, a new poster was released. You can check that out below. The film is scheduled to hit theaters March 15, 2019. 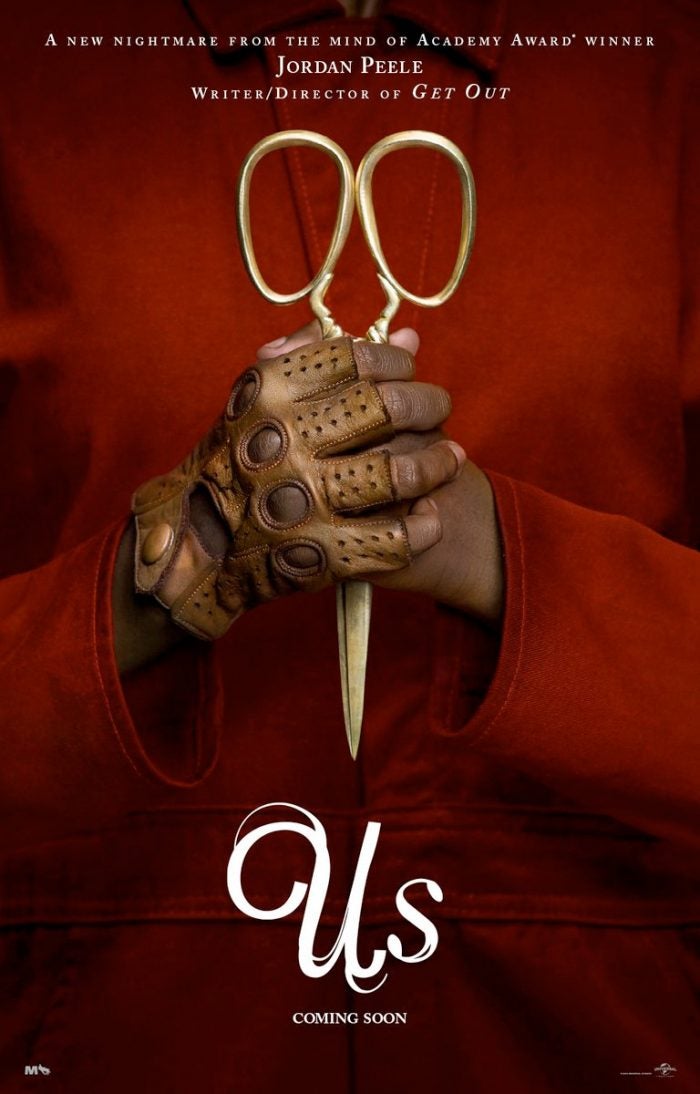 25-year-old freelance writer. Zachary writes. He's a writer. He is writing this right now. I don't like him. You shouldn't either.
View all posts by Z-rowe →
Tagged  Jordan Peele, Poster, Us.
Bookmark the permalink.