Could This Be The Weirdest Movie Of The Year? Watch Anne Hathaway Slowly Figure Out She’s A Godzilla-Like Monster In ‘Colossal’ Trailer 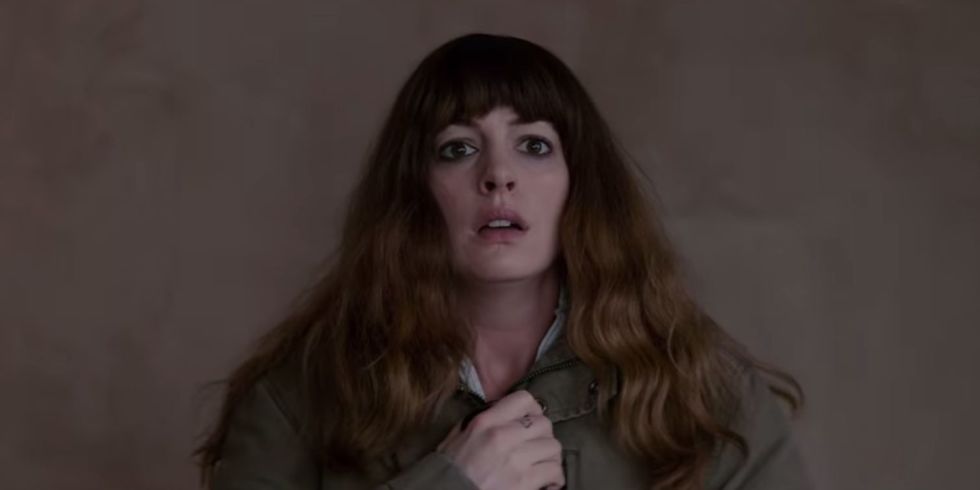 Last year we had Daniel Radcliffe as a farting corpse, and this year we have Anne Hathaway as a Godzilla-like monster destroying Seoul.

‘Colossal‘ stars Hathaway as “an alcoholic named Gloria who finds out that her movements are controlling a giant monster terrorizing South Korea.”

It’s described as an indie comedy/monster flick, which doesn’t sound right at all. It’s like trying to combine the worlds of Juno and Jaws.

Colossal is currently playing at Sundance and surprisingly it’s been getting mostly positive reviews, although, it sounds like most critics went in with the attitude of, “This is going to be f–king weird, and I’m going to accept it.”

Jason Sudeikis, Dan Stevens and Tim Blake Nelson also star in the movie, which is scheduled to hit theaters in April.

One Response to Could This Be The Weirdest Movie Of The Year? Watch Anne Hathaway Slowly Figure Out She’s A Godzilla-Like Monster In ‘Colossal’ Trailer