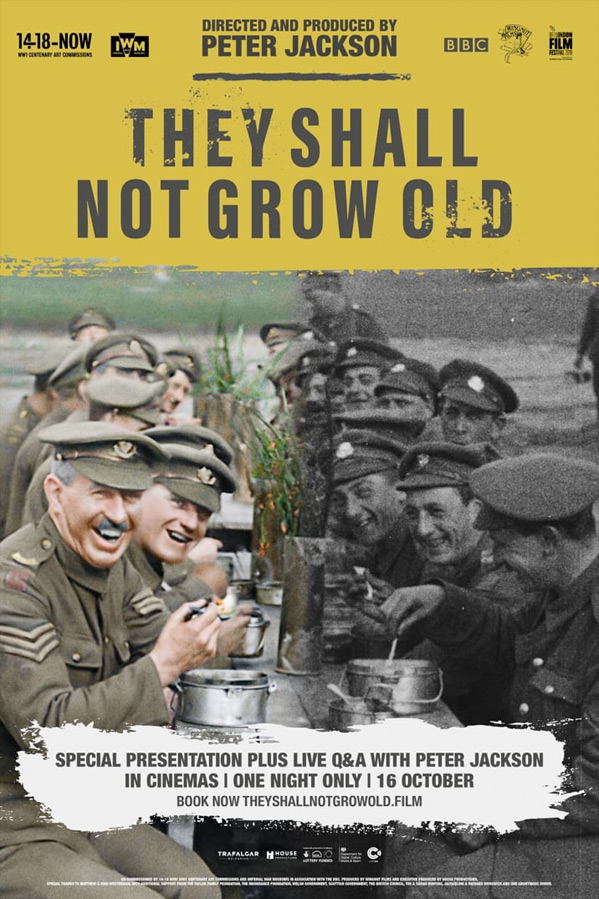 You probably know Peter Jackson’s name from The Lord of the Rings/Hobbit franchise. He directed all the movies in the incredibly successful series.

He hasn’t directed a movie since the last Hobbit film in 2014, but he’s making his return with a documentary about World War I. The feature doc will premiere at the London Film Festival next month, and then will hit theaters in 2D and 3D.

“Reaching into the mists of time, Jackson aims to give these men voices, investigate the hopes and fears of the veterans, the humility and humanity that represented a generation changed forever by a global war.”

It’s an interesting career move for Jackson. This was clearly a passion project for him. For what it’s worth, he is expected to make a return to fictional filmmaking with the announced film, ‘The Adventures of Tintin: Prisoners of the Sun.‘

Check out the trailer for ‘They Shall Not Grow Old‘ below…

The First Trailer For Peter...