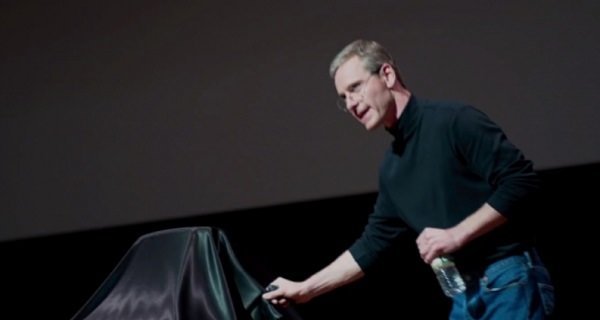 Where am I going with this? I’m not exactly sure. I think I just wanted to point out that Sorkin was clearly the right man for this job, and the new full-length trailer for Steve Jobs confirms this. Sorkin’s wonderful writing combined with Danny Boyle’s directing talent has a lot of people excited for this film.

The thing that surprised me most about the trailer was Michael Fassbender’s performance. When he was officially hired to play the Apple co-founder, many people complained he didn’t look the part, which was a silly thing to complain about if you ask me. Ashton Kutcher looked exactly like Steve Jobs, but that didn’t make Jobs suck any less.

I know it’s only one trailer, but Fassbender looks incredible in this movie. Seth Rogen, Kate Winslet, and Jeff Daniels also star in the film. It’s currently scheduled to hit theaters October 9, 2015.