Tom Cruise Reveals On Instagram That ‘Top Gun 2’ Has Started Filming, Check Out The Photo Inside! 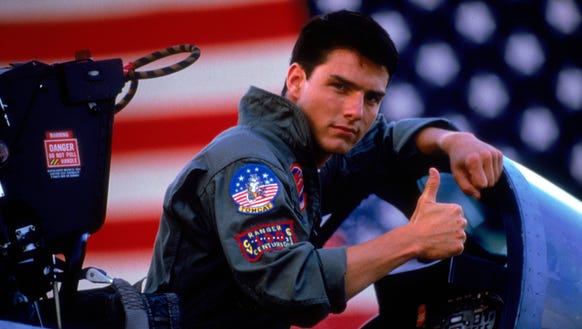 Top Gun 2 is coming whether you want it or not, so you better get ready. The original film was released back in 1986, and I’m not afraid to admit it’s a lot of fun to watch. It’s one of those movies I can watch over and over again.

But a sequel? 32 years after the original film was released? That doesn’t spark a lot of excitement inside me.

Early Thursday morning, Tom Cruise went on his Instagram account and posted the photo you see below, with the simple caption, “#Day1”

So yeah, filming on this sequel has started.  This film will reportedly have the title ‘Top Gun: Maverick,’ and it’s scheduled to hit theaters July 12, 2019.

The script was written by Justin Marks, the writer behind Disney’s ‘The Jungle Book‘ film in 2016.

It’ll certainly be interesting to see how this plays out. We don’t know much about the movie. They are keeping details locked away for now, but as production moves forward, we’ll likely hear more.

For now, you can rest easy knowing Cruise still has the need for speed.