Are you confused? Thinking to yourself, “Didn’t we already see a live-action Jungle Book movie?” The answer is yes. You did, and it was great. In 2016, Jon Favreau released a live-action remake of The Jungle Book, and it went on to make nearly $1 billion at the worldwide box office.

You’d think that one live-action remake of the same story would be enough, but no…there is one more coming.

Mowgli, directed by Andy Serkis, promises to be a much darker version of the story. It’s rated PG-13 and has a pretty impressive cast, including Benedict, Cumberbatch, Christian Bale and Cate Blanchett.

But even with the cast, and the incredible visuals found in the trailer below, it’s hard to see this even coming close to Disney’s 2016 film. It’s just too late in the game now. I mean, had Disney’s version been terrible, then sure…the door would be wide open for this movie.

The door is pretty closed, though. Everyone is satisfied when it comes to The Jungle Book. We don’t really need more of it right now.

We’re still willing to give this film a chance, we’re just not that excited about it. Mowgli will hit theaters October 19, 2018. 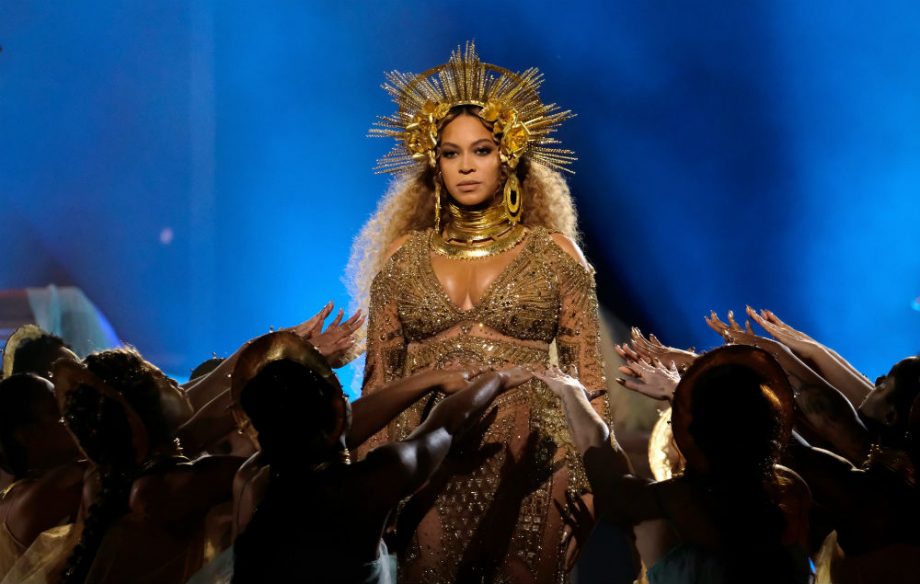 Jon Favreau, the mastermind behind the live-action remake of The Jungle Book, is now trying to tackle one of Disney’s most popular films, The Lion King. We knew this live-action CGI remake was coming, but now it feels more real because the full voice cast has been revealed.

We knew Donald Glover would be voicing Simba, and we knew James Earl Jones would be returning to his classic Mufasa role, and now we know Beyonce has joined the cast as Nala.

As you can see in the image above, Billy Eichner, John Oliver and Keegan-Michael Key have also joined the impressive cast. Favreau said in a statement that this cast is like a dream, “It is a director’s dream to assemble a talented team like this to bring this classic story to life.”

The film is scheduled to hit theaters July 19, 2019, so we still have nearly two years to wait. It will be very interesting to see how Favreau pulls this off.

I think Jon Favreau is one of the most talented people in Hollywood. He can do it all, and he has done it all. He’s a successful actor, director, producer AND writer. His most recent project, the live-action remake of The Jungle Book, was a huge success.

It scored a 95% on Rotten Tomatoes and earned more than $950 million at the box office. Favreau and the entire production team created something truly magical. It was a beautiful experience. One of the best theater experiences of 2016 for me.

And with all that success, some people were wondering if a sequel might be coming soon. But thankfully, Disney and Favreau have something else in mind. The Walt Disney Company confirmed Wednesday morning that they were developing a live-action retelling of The Lion King.

No release date has been announced, but we do know this version will include songs from the original animated film. It will probably be at least a few years until the movie hits theaters. Making The Jungle Book was a lengthy process, and Favreau isn’t the type to rush things just to meet an unnecessary deadline.

It’ll be interesting to see what direction they take this in. The Lion King will feature all animal characters, so it’ll probably look and feel a little different than The Jungle Book, which benefited from having a human character in Mowgli.

A year ago, when we learned the world would be getting two live-action feature films based on Rudyard Kipling’s classic The Jungle Book, we were a little concerned. We had a similar situation happen recently with the multiple movies about Steve Jobs, and not surprisingly, only one of those films had a positive reaction from fans and critics.

We figured the two Jungle Book films would have the same experience. One would be a huge hit, and one would be a huge failure. Well, we already know Jon Favreau’s version of the story is a huge hit. It has already grossed $828 million worldwide, and it received a 95% rating on Rotten Tomatoes.

This seems like bad news for Andy Serkis’ upcoming Jungle Book film; however, it looks like the two versions will be so different that they might not impact each other at all. Serkis made it clear while talking with Vulture that there are some major differences between his version and Favreau’s.

“Ours is for a slightly older audience. It’s a PG-13, more a kind of ‘Apes’ movie, a slightly darker take, closer to Rudyard Kipling’s. It’s great to scare kids in a safe environment because it’s an important part of development, and we all loved to be scared as kids, so we shouldn’t overly protect them. Kids are so sophisticated, and that is why our ‘Jungle Book’ is quite dark.”

Certainly sounds interesting, and it’s something fans have been waiting for. This might not please everyone in your family like the version released this year, but at least it’s trying something new and exciting.

In addition to directing, Serkis will play Baloo in the movie. He’ll be joined by Freida Pinto, Matthew Rhys and Rohan Chand in the live-action roles.

We told you there would be some huge movie trailers being released during the Super Bowl, and we’re happy to report that the amount of awesomeness previewed during the big game exceeded our expectations. It might not have been a great night for football or Chris Martin, but it was certainly a great night for Hollywood.

You can watch all of the Super Bowl movie trailers below. We have Alice Through The Looking Glass, Captain America: Civil War, 10 Cloverfield Lane, The Jungle Book, Deadpool, and a few other surprises.

Check out all the action below! Which film are you most excited about?

Why did I limit myself to just five trailers? Because I love to abuse myself. It’s just like when I walk down the ice cream aisle at the grocery store. I know I’m not going to buy anything, but for some reason I just can’t skip the frozen section completely. I have to remind myself of all the deliciousness I am missing. It’s a sick game.

There have been so many incredible trailers this year. The recent “For Prim” trailer for Mockingjay Part 2 was pretty special. The Comic-Con trailer for Suicide Squad is fantastic, and even the simple trailer for The Revenant left me wanting more.

Why It Made The List: You could say this trailer has the advantage of being fresh in my mind since it was just released this week, but I don’t think that’s the case. This trailer could have been released back in January, and I’d still remember it. Before this trailer, when people would say, “It was so beautiful it made me cry,” I didn’t understand what they meant. But then I watched this trailer, and I almost really did cry because it was so beautiful. And then you add in Scarlett Johansson’s haunting voice? You got me.

Why It Made The List: This trailer shows you a little bit of everything. Humor, action, drama…the images look magnificent. And plus it has the line, “I’m gonna have to science the sh-t out of this.” That makes it worth the ticket right there. But just in case you’re still on the fence about the film, you should know real astronaut Rick Mastracchio saw an early screening of the movie and said, “it was fantastic. Highly recommend checking it out when it hits the theaters.“

Why It Made The List: The first trailer for Creed was good, but the latest trailer you see above was great. It showed us why we should actually care about this story. But mainly, it made the list because of one brilliant acting moment between Stallone and Michael B. Jordan. The moment comes in at around the 1:40 — 1:50 mark. It gave me chills.

Why It Made The List: I’ll be honest, I don’t know a lot about Star Wars; however, this trailer has made me excited to go watch the film. And if it made me (a person who doesn’t really care about the franchise) excited, then I can only imagine what this trailer did to the hardcore fans out there. They probably still haven’t recovered.

Why It Made The List: Do I even need to explain? I don’t care about Halloween, Thanksgiving or Christmas. You can have all the holidays. I just want it to be March again. The trailer continues to deliver the darker and more serious approach DC is taking now, which is something I truly enjoy. And the best part about this trailer? It finally convinced people that Ben Affleck will be a great Batman. The number of haters continue to dwindle. I know trailers can be deceiving, but it’s hard to see how this film will be anything less than amazing.

In Jon Favreau we trust, right? I know it’s only a teaser trailer, but this film looks like it’s going to be absolutely amazing. Even if the movie is just two hours of random action shots like we see in the trailer, I’d still buy a ticket to go watch it.

That’s how beautiful this trailer is. And Scarlett Johansson’s (Kaa) voice guiding us through the entire thing? It’s perfect. I honestly felt like crying. I don’t know what else to say. I mean, am I happy with all the live-action remakes coming out? Not really, but if they all look this magnificent, my opinion might change completely.

Favreau has made it clear that his version of the Jungle Book will be different from the source material, and this trailer proves he was telling the truth. As mentioned above, Johansson’s voice will probably give you chills while watching this trailer. She is joined in the movie by Bill Murray as Baloo, Idris Elba as Shere Khan, Christopher Walken as King Louie, and Ben Kingsley as Bagheera.

It’s nice to see Favreau getting the love and attention he deserves. I fell in love with him when I saw this clip from The Break-Up. I remember watching the extended version of this scene, and it was like 8 minutes of Vince and Jon bouncing jokes off each other. It was probably funnier than the whole movie. And then my love for Jon reached an unhealthy level after watching his 2014 film, Chef. If you haven’t watched it, please go check it out. It’ll make you feel good. I promise.

Anyway, let’s continue this Favreau love train with the trailer you all have been waiting for. The Jungle Book hits theaters April 15, 2016.