Most of you already know about the drama surrounding the upcoming Batman V Superman: Dawn of Justice film. Hardcore fans of the series lost their freaking minds when one of the final trailers revealed Doomsday’s role in the movie.

Some fans claimed they weren’t going to support the movie because of the spoilers inside the trailer. But even with all the drama, the box-office projections for Dawn of Justice are looking just fine, which is probably why Ben Affleck isn’t worried.

He talked with The LA Times recently about some of the hateful comments being shared online. The reporter asked him directly if it was possible to ignore the negative reactions…

“Nobody tweeted about ‘Casablanca,’ and look at how they did. [Laughs] From directing movies myself, at this point I always feel too enmeshed with it, where I get this panicked sense of like, “Is it good? It’s horrible, right? It’s going to bomb.” But I have a little more sense of remove from this. I feel relaxed and I’m proud of the movie and excited for people to see it. It’s a much nicer feeling. I’m so glad I’m not Zack.”

Not exactly a surprising response from the actor. He’s not going to say anything to piss off the fans. They are just now accepting him. You all remember the outrage online when it was announced he would be playing Batman.

He’s probably just happy the fans aren’t attacking him anymore. All their anger seems to be directed at Zack Snyder now.

You can click on this link to read the full interview. 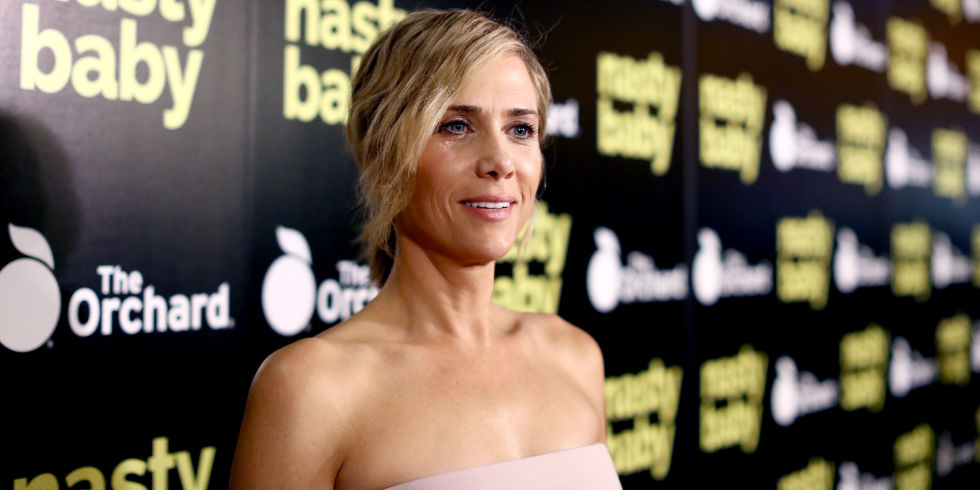 Now that Kristen Wiig has finished filming the all-female Ghostbusters reboot, she’s ready to talk about the backlash against the upcoming film. As some of you may remember, when Paul Feig confirmed he was directing this movie, thousands of online trolls came out to say, “WHAT? WOMEN CAN’T FIGHT GHOSTS!”

People truly thought that putting women in the lead roles would ruin the classic film. They weren’t worried about the script, the director, or anything else that actually matters when it comes to making a movie. They just didn’t want those ladies leaving their stations inside the kitchen.

This obviously upset Kristen Wiig, who will star in the movie. During an interview with the LA Times, the actress talked about how bummed out she was…

“The fact there was so much controversy because we were women was surprising to me. Some people said some really not nice things about the fact that there were women. It didn’t make me mad, it just really bummed me out. We’re really honoring those movies.”

Hopefully that quote will make those haters feel bad, especially since she pulled the whole, “I’m not mad…I’m just disappointed.” card.

Paul Feig wasn’t as nice. Back in March, he told Variety that internet bullies wrote “some of the most vile, misogynistic s— I’ve ever seen in my life,” adding that most of the time it wasn’t even some silly teenager.

“But almost constantly it’s someone who’s bio says ‘Proud father of two!’ And has some high-end job. You’re raising children and yet you’re bashing me about putting women in my movie?”

You can watch Kristen Wiig, Leslie Jones, Kate McKinnon and Melissa McCarthy in action when the reboot hits theaters July 22, 2016.