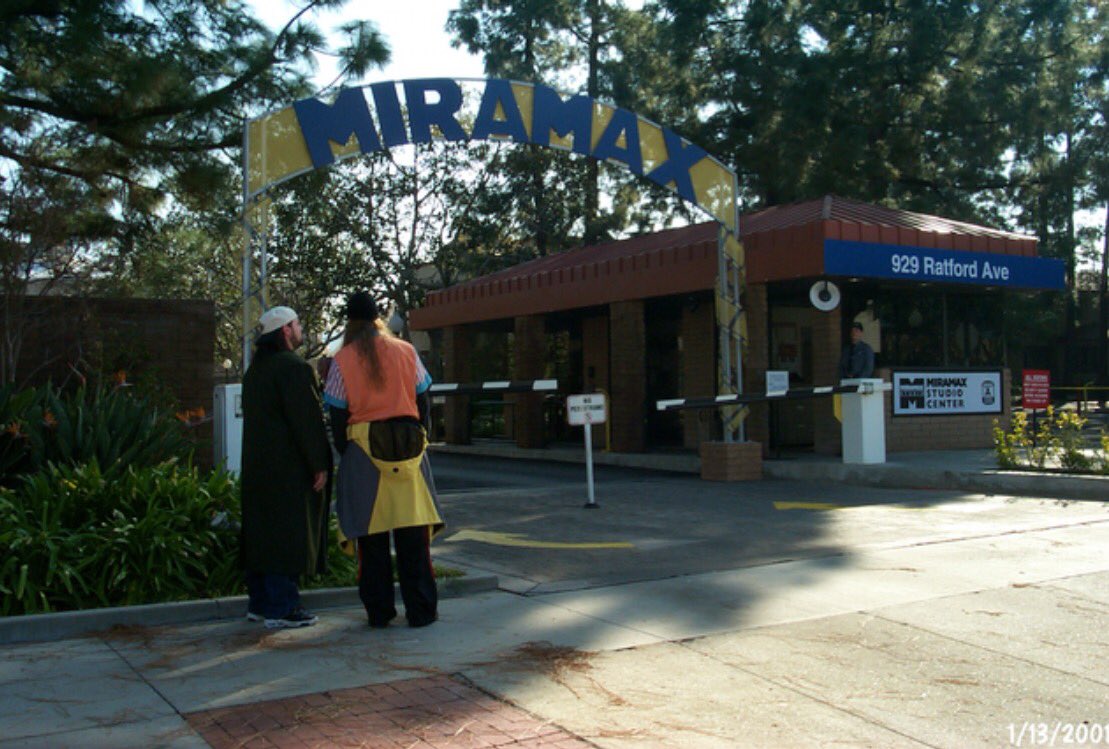 Whether you wanted it or not, a Jay and Silent Bob reboot is coming, and filming will start this fall. Kevin Smith announced the news on his Twitter account. He posted the photo you see above, with the caption, “16 years ago #JayAndSilentBobStrikeBack was released in theaters. And this Fall, we shoot a follow-up flick called #JayAndSilentBobReboot”

Screen Rant reveals what the movie will be about…

“The plot will see Jay and Bob on a mission to Hollywood once more: this time, they’re aiming to halt the production of Bluntman Vs Chronic, a dark and gritty reboot that will pit their superhero doppelgangers against one another.”

So at least this film is making fun of the fact that Hollywood is reboot/remake/sequel obsessed. Smith even described it as a “tongue-in-cheek, silly a** satire” earlier this year.

No details on the cast, but you can expect to see a lot of celebrity cameos. He’s got a lot of connections in Hollywood, and he’s not afraid to use them. We also don’t have a release date yet, but if filming starts (and ends) this fall, it’ll likely be released in the summer of 2018.