We finally have the first trailer for Darkest Hour, the likely awards contender directed by Joe Wright. The film is scheduled to be released November 22, which is when all the Oscar campaigns start.

“A thrilling and inspiring true story begins on the eve of World War II as, within days of becoming Prime Minister of Great Britain, Winston Churchill (Academy Award nominee Gary Oldman) must face one of his most turbulent and defining trials: exploring a negotiated peace treaty with Nazi Germany, or standing firm to fight for the ideals, liberty and freedom of a nation.”

Like we mentioned above, Darkest Hour will hit theaters in November, and it’s probably going to be nominated for several awards. Check out the trailer below!

This is not the Planet of the Apes of your childhood.

I’ll be honest, I’ve never been a huge fan of the Planet of the Apes movies. I just don’t get the premise. I mean, if the apes have evolved into talking and thinking, shouldn’t they have eventually just evolved into being humans? But I decided to set my skepticism aside and instead, focus on being entertained. After all, Dawn of the Planet of the Apes is both a box office and critical success, so there has to be something there right?

Dawn picks up where the last movie left off, with Ceaser leading a growing band of genetically improved apes, to fight with the humans for supremacy of the planet. For the humans, a search for a cure for the virus has obliterated half the world. Humans are fighting to survive in primitive landscapes, while the apes struggle with things like class warfare and rebellious children.

This is not the Planet of the Apes of your childhood. In 1968, Charlton Hesston created the first version as a way to satire the problems in the world. For many, it became a cult hit simply for the ridiculous costumes, but people, aside from die hard movie buffs, rarely discussed the political implications of the movie. 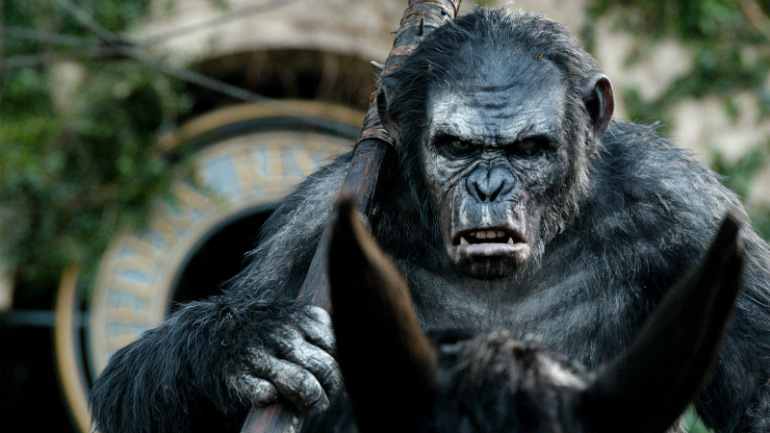 This new version is possibly the smartest version yet. The CGI is fantastic and realistic, and the apes now have a full range of facial expressions that make them more human and sympathetic. In fact, I wound up rooting for the apes for the majority of the movie.

The dialog is realistic and heavy, and the actors who gave voice to the characters do a great job of verbally expressing their emotions. They created a great humanity for the apes that made them more sympathetic than they’ve ever been before. This movie was very intelligently written.

My big gripe is that the movie has no release from the tension. It’s heavy, it’s depressing and it’s realistic, but there’s no humor to break it up. Instead, it’s a very grim look at the world and manages to be extremely depressing and hard hitting. I could have done with some kind of hope. 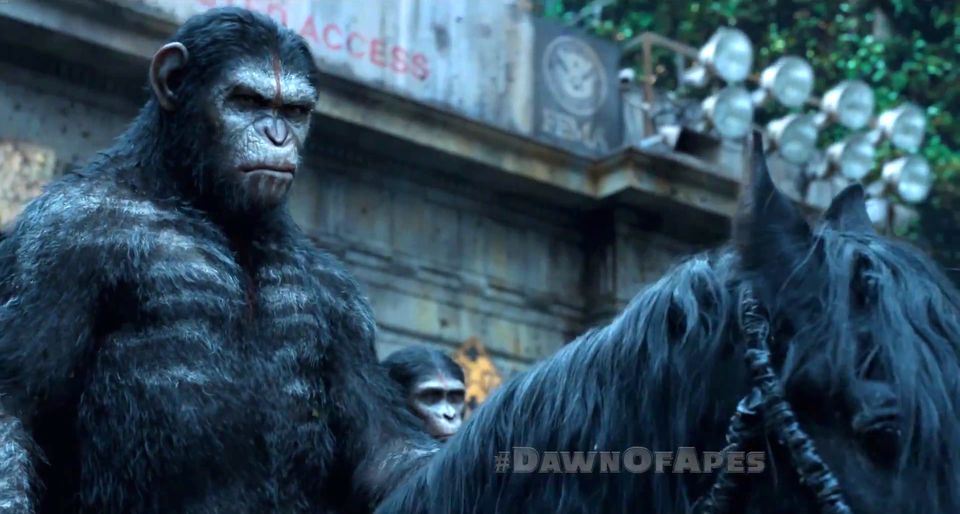 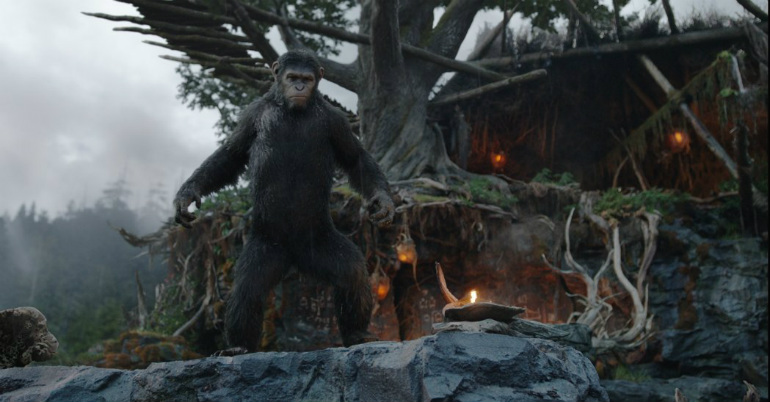 Also, there was a major plot hole. There’s no indication that the apes have the knowledge to make weapons and after 10 years of warfare, they still seem to have an endless supply of both guns and bullets. Guns that never seem to jam, by the way. That didn’t really ring true. Jeez, on the Walking Dead after only a few months following the zombie apocalypse, they’re running low on guns and ammunition. How are the apes doing it after 10 years? Do they have a magic ammunition genie?

Plot holes and depression aside, Dawn of the Planet of the Apes is intelligently written, acted and directed. The CGI is fantastic and realistic and the comparisons between the movie and our society are intelligent without being preachy. Currently performing at number 1 at the box office, this is a highly recommended watch. In fact, it might be the smartest movie you see all summer.

Watch the Trailer below! 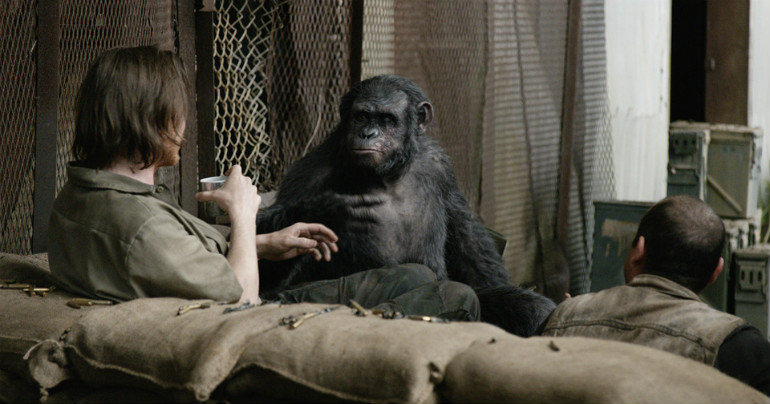 If you saw 2011â€™s â€˜Rise of the Planet of the Apesâ€™ then you know things get real very quickly with these apes. Below is the latest trailer and a super crazy clip from the film.
THE CLIP SET UP
In the clip Toby Kebbell is playing Koba, who was previously played by Christopher Gordon. Kebbell was tapped for the role in the new film because Kobas role will be much more in this film. In the clip you it looks like monkey business and then things get serious, FAST. All I can think watching it isâ€¦.wait for itâ€¦.wait for itâ€¦..

The trailer is most likely the last one that will be released in anticipation for the July 11th release. The Matt Reeves directed sequel will indeed be one of the most anticipated movies of the summer.