According to a new report, Daniel Radcliffe has joined the project, and he will be playing a villainous role.

The story follows a reclusive romance novelist (Bullock) who was sure nothing could be worse than getting stuck on a book tour with her cover model (Tatum) until a kidnapping attempt sweeps them both into a cutthroat jungle adventure, proving life can be so much stranger, and more romantic, than any of her paperback fictions.

Patti Harrison and Da’Vine Joy Randolph will co-star in the movie, which is being directed by Adam and Aaron Nee.

Last we heard, it’s scheduled to be released inside theaters on April 15, 2022, so you still have a solid year of waiting.

In the meantime, you can catch Daniel Radcliffe in the 2020 thriller/drama, Escape From Pretoria.

But just be warned, he ain’t Harry Potter no more.

The 30-year-old actor plays a nerdy video game developer and notorious online troll whose “comments on the popular death-match live stream, Skizm, lands him in the gaming frontlines for real.”

It’s a pretty interesting idea and the trailer looks like a lot of fun, which seems to be a trend for Radcliffe. He loves doing fun, indie, quirky ideas.

The film was written/directed by Jason Lei Howden. It did premiere at the Toronto International Film Festival last year, and unfortunately it only received mixed reviews.

But still, I’m excited to check it out when it’s released inside theaters March 5, 2020.

Ever since the ‘Harry Potter‘ franchise came to an end, Daniel Radcliffe has been taking on some bizarre roles, which he has the freedom to do. He has a net worth of over $100 million.

Radcliffe’s next film is a little political thriller titled, Escape from Pretoria. He stars in the movie as a political prisoner attempting to break out from a maximum security South African jail.

The pair play freedom fighters Tim Jenkin and Stephen Lee, who were jailed in 1978 for being involved in covert anti-apartheid operations.

A trailer for the movie was released this week, you can check it out below. No word on an exact release date, but it’s scheduled to be released sometime in 2020. 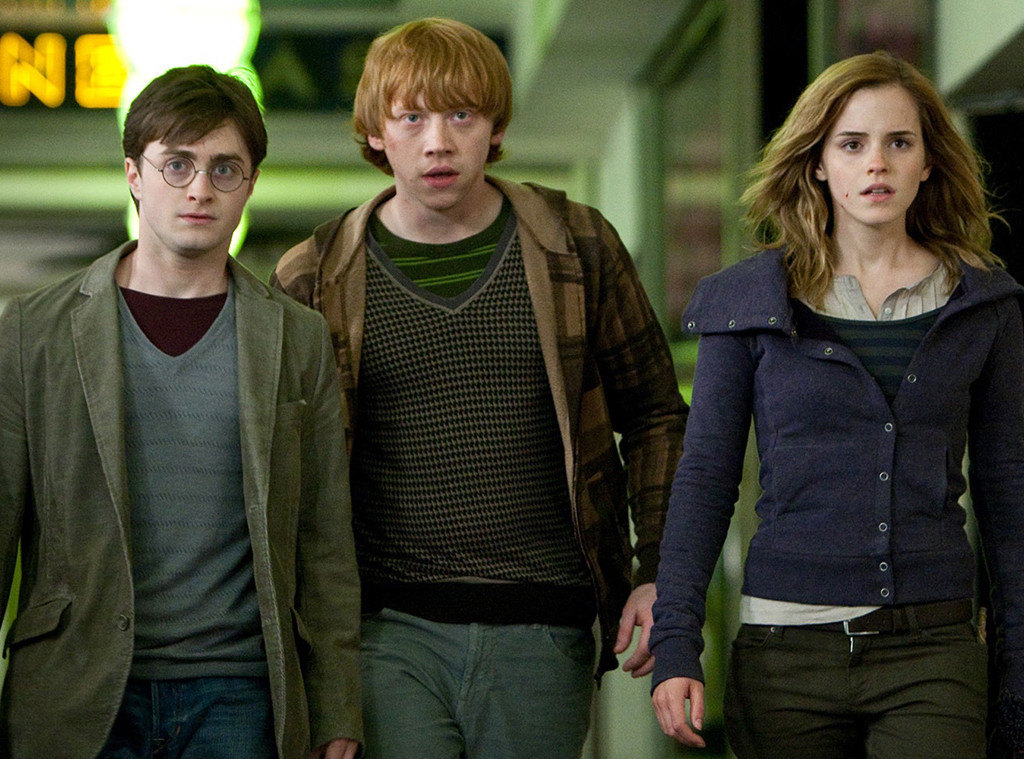 Daniel Radcliffe seems like he escaped the child star curse. As a 29-year-old adult, he appears to be rather normal. He actually seems like a nice dude, which is rare for someone who became so famous so young.

But during a recent interview for Off Camera with Sam Jones, Radcliffe admitted he briefly turned to alcohol to deal with the fame.

Then, in my case, the quickest way of forgetting about the fact that you were being watched was to get very drunk and then as you get very drunk, you become aware that, oh people are watching more now because now I’m getting very drunk, so I should probably drink more to ignore that more.”

He said it took a few years (and attempts) to break the cycle. He didn’t enter rehab or anything. It never really reached THAT level, but it easily could have gone there if he hadn’t recognized the problem.

“When I think of the sort of chaos that I used to invite into my life, I’m really much happier now and I think there was some part of me that was like actors have to be like crazy, cool drunks. I have to live up to this weird image that I have in my head of what it is to be a famous actor or something.

Even at the lowest point, I still loved my job so much and I loved going to set and there was never a day where my own s–t would affect how I was on set.”

As an actor, Daniel Radcliffe’s career is made. He’s already earned millions from his work in the ‘Harry Potter‘ franchise, so any project he takes on now is one he truly believes in. It’s refreshing to see an actor take on roles simply because he/she wants to do them.

The 28-year-old actor’s next film, Jungle, is based on Yossi Ghinsberg‘s memoir of the same name. It follows the “Israeli backpacker in the 1980s as he ends up stranded in the Amazon jungle after an excursion goes terribly wrong, leaving him at the mercy of the wilderness.”

Radcliffe stars as Ghinsberg, and in the trailer, you can see him dealing with some truly terrifying scenarios inside the jungle. The movie has received mixed reviews from critics. Some critics were thrilled, while others felt like the film didn’t know what it was trying to be.

“Fronted by a committed Daniel Radcliffe sporting a bushy beard and creditable Israeli accent, this is a survival thriller without much in the way of you-know-what, and seems destined to land in the Amazonian bog into which films that satisfy neither grindhouse nor art house are sucked.”

Check out the trailer below. It will hit select theaters on October 20.

He has been a wizard, a man with horns growing from his head, a romantic lead, a farting corpse, and now Daniel Radcliffe is an FBI agent tasked with going undercover to take down a group of Neo-Nazis planning a terrorist attack.

The first trailer for Imperium looks intense. The thriller was written and directed by Daniel Ragussis. In addition to Radcliffe starring, you also have Toni Collette, Burn Gorman, Sam Trammell and Tracy Letts.

Even though we have seen Radcliffe take on an assortment of roles since Harry Potter, this one promises to be his most intense. This could be the movie that completely washes away his days as a wizard from our memory. We’re sure that’s not the reason he accepted this role, but we have to imagine it’s always in the back of his mind.

Imperium will be released in theaters and on demand August 19, 2016. You should give it a shot. Check out the synopsis and trailer below…

“Nate Foster (Daniel Radcliffe), a young, idealistic FBI agent, goes undercover to take down a radical right-wing terrorist group. The bright up-and-coming analyst must confront the challenge of sticking to a new identity while maintaining his real principles as he navigates the dangerous underworld of white supremacy. Inspired by real events.”

When Now You See Me was first released back in 2013, it did not seem like the type of film that would be getting a sequel just three years later. But then it shocked everyone and made $351 million worldwide, and we all know money is everything in Hollywood.

This franchise clearly has more money to make, which is why we’re getting a sequel. And if we’re being honest, it actually looks like it’s going to be a decent film. The Four Horsemen have returned for a second mind-blowing adventure, but there are a few changes in this sequel. Isla Fisher has been replaced by Lizzy Caplan, and Daniel Radcliffe will co-star as Walter, the tech genius who blackmails the Four Horsemen to steal an item that is “the key to every computer system on the planet.”

And it looks like Lionsgate truly believes in this sequel because they have already started developing a Now You See Me 3.

As mentioned above, the stars of the original film are returning. You got Jesse Eisenberg, Dave Franco, Woody Harrelson, Morgan Freeman and Mark Ruffalo. It’s hard to make a bad film when you have a cast like that.

Check out the official synopsis and trailer below. The film hits theaters June 10, 2016.

“One year after outwitting the FBI and winning the public’s adulation with their mind-bending spectacles, the Four Horsemen resurface in Now You See Me 2 only to find themselves face to face with a new enemy who enlists them to pull off their most dangerous heist yet.”

The film, which stars Daniel Radcliffe and Paul Dano, was described as the “worst” movie in Sundance history. However, it was also described as the most “bizarre” movie and some critics even claimed it was one of the best films they watched during the festival.

And you know what? I believe those brave critics. Why? Because A24 picked up the film and they don’t make a lot of mistakes. They will be releasing the movie this summer, and they’re trying to get people excited with the first trailer you see below.

Call me crazy, but this trailer works for me. Yeah, you can definitely see why some people walked out of the initial screening, but you can also see why those that remained in their seats are calling it one of the best films they have seen in a long time.

“Alone on a tiny deserted island, Hank has given up all hope of ever making it home again. But one day everything changes when a dead body washes ashore, and he soon realizes it may be his last opportunity to escape certain death. After befriending the corpse and gradually discovering his special powers, the duo go on an epic adventure to bring Hank back to the woman of his dreams.”

It’s here, folks! The first trailer for 20th Century Fox’s Victor Frankenstein has arrived. James McAvoy plays Frankenstein in the film, with Daniel Radcliffe co-starring as his loyal assistant, Igor. The story is actually told from Igor’s perspective as he gets close to the doctor and helps him with his experiments.

In this first trailer, you can tell Daniel and James have incredible chemistry together. That alone should be enough to make you want to watch the movie. Andrew Scott, Mark Gatiss, and Jessica Brown Findlay complete the all-star cast.

Victor Frankenstein is directed by Paul McGuigan from a script by Max Landis, who has several projects coming out soon including the Kristen Stewart/Jesse Eisenberg action comedy, American Ultra.

So far, the reaction to this trailer has been mostly positive, mainly because people are so in love with Daniel and James. Can you really blame them? They are pretty adorable together. You can check out the official synopsis and trailer below. It’s scheduled to hit theaters Nov. 25, 2015.

“James McAvoy and Daniel Radcliffe star in a dynamic and thrilling twist on a legendary tale. Radical scientist Victor Frankenstein (McAvoy) and his equally brilliant protégé Igor Strausman (Radcliffe) share a noble vision of aiding humanity through their groundbreaking research into immortality. But Victor’s experiments go too far, and his obsession has horrifying consequences. Only Igor can bring his friend back from the brink of madness and save him from his monstrous creation.” 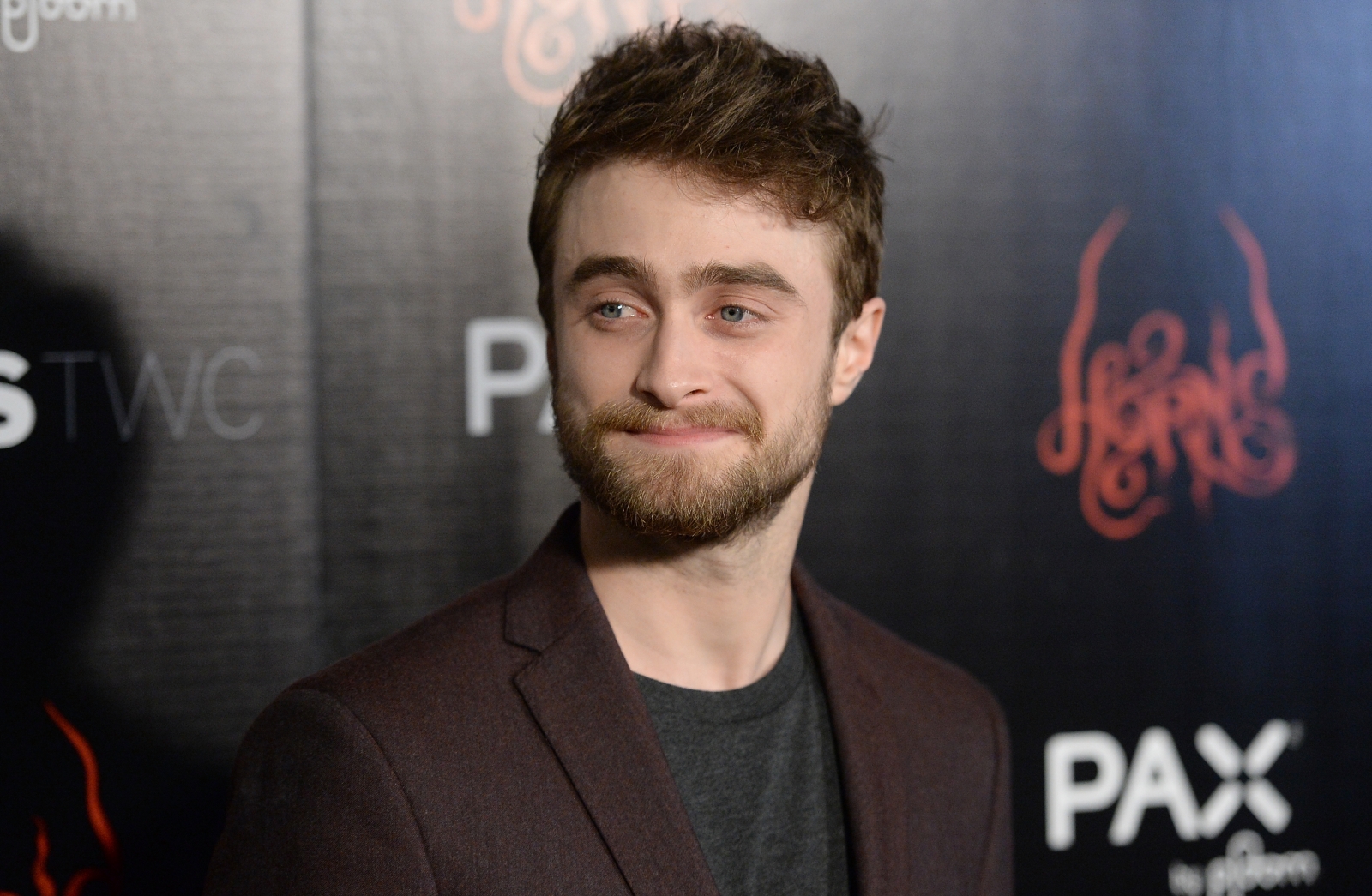 Daniel Radcliffe has been trying his best for a few years now to make people forget he was Harry Potter. And it’s not because he’s ashamed of the role. It was a wonderful franchise; however, it would be easy for him to fall in the Hollywood trap. He wants to show people he’s more than Mr. Potter, and so far, he has done a pretty good job of it.

Radcliffe will continue his journey with the FBI thriller Imperium. Deadline reports that the actor will take the lead role in the film. He will reportedly be playing a young FBI agent who goes undercover to stop a group of white supremacist terrorists from making a dirty bomb. The movie is based on the experiences of FBI undercover agent Michael German, who spent years working hard to bring down neo-Nazi militias.

Short filmmaker Daniel Ragussis will be making his feature directorial debut. He also co-wrote the script with German.

We still don’t know when they plan to shoot the film, but you have to imagine things will start happening fast. They have a director, producers, writers and the lead role in place. If anything, they might have to wait for Radcliffe’s busy schedule to calm down a bit. He’s currently filming an indie dramedy titled Swiss Army Man.