It feels like we have been talking about this ‘Gambit‘ film for years. It’s been in development for a long time, but it’s finally getting made, and we now have an official release date from 20th Century Fox.

The X-Men movie starring Channing Tatum will hit theaters February 14, 2019. There are two other movies scheduled to be released on that same date, including Warner Bros’ comedy Isn’t It Romantic starring Liam Hemsworth and Rebel Wilson.

To learn a little more about this Gambit project, we’ll hit you with this excerpt from Deadline:

“Chris Claremont and Jim Lee created Gambit for Marvel in 1990. Otherwise known as Remy LeBeau, Gambit has the ability to charge matter with volatile kinetic energy, causing the object in question to explosively release its charge on impact. The character materialized in a short burst in 2009’s X-Men Origins: Wolverine at the time portrayed by Taylor Kitsch.”

Another day, another comic book movie. I have to imagine by 2020, the general movie audience will grow tired of these films. This is what Hollywood does. It notices that something is working, and then beats the sh*t out of it until no one appreciates it anymore.

And then in like 20 years, it will make a comeback. 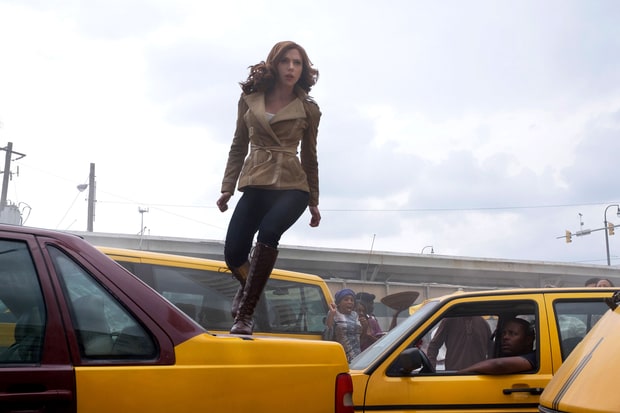 We’re always slammed with silly lists at the end of every year, but the silliest of them all might be the top grossing actors of 2016 list.

This list might have meant something 15 years ago, but now that the film industry has been taken over by comic book films, this list means nothing. But hey, we’re here talking about it because what else are we going to talk about on Dec. 28?

Forbes released the annual list earlier this week, and it should surprise no one to learn that the top 10 was filled with actors who starred in comic book movies. Scarlett Johansson is at the top of the list, thanks to her work in the blockbuster hit, Captain America: Civil War.

The movie grossed $1.15 billion worldwide. She also had a small role in ‘Hail, Caesar!‘, which brings her total up to $1.2 billion.

Her co-stars, Chris Evans and Robert Downey Jr. tied in second place. And from there, you have more comic book film stars. Amy Adams, Ben Affleck and Henry Cavill. They all made the top 10 list, thank to their roles in Batman V Superman.

You also have Margot Robbie and Will Smith from Suicide Squad and Ryan Reynolds from Deadpool. If you want to check out the full list, click on this link right here.

This super entertaining post was brought to you by Hollywood. Here is a photo of Iron Man. Have fun jerking off.