Let the criticism begin! Production on the all-female Ghostbusters reboot started up earlier this month, and it didn’t take long for set photos to “leak” online. Mostly, the photos have simply shown some of the cast members on set.

Besides the fact that it looks like Kate McKinnon has to use the restroom (or maybe already has) there isn’t a lot in the photo for fans of the original film to complain about.

But that all changed yesterday when director Paul Feig shared the photo you see below to his Twitter account. The first look at the new (and improved?) Ghostbusters team’s uniforms.

And today, Feig added to the madness by releasing another photo on his Twitter account. Showing fans the first look at the new proton packs. “#whatyougonnashoot“ He captioned the photo. 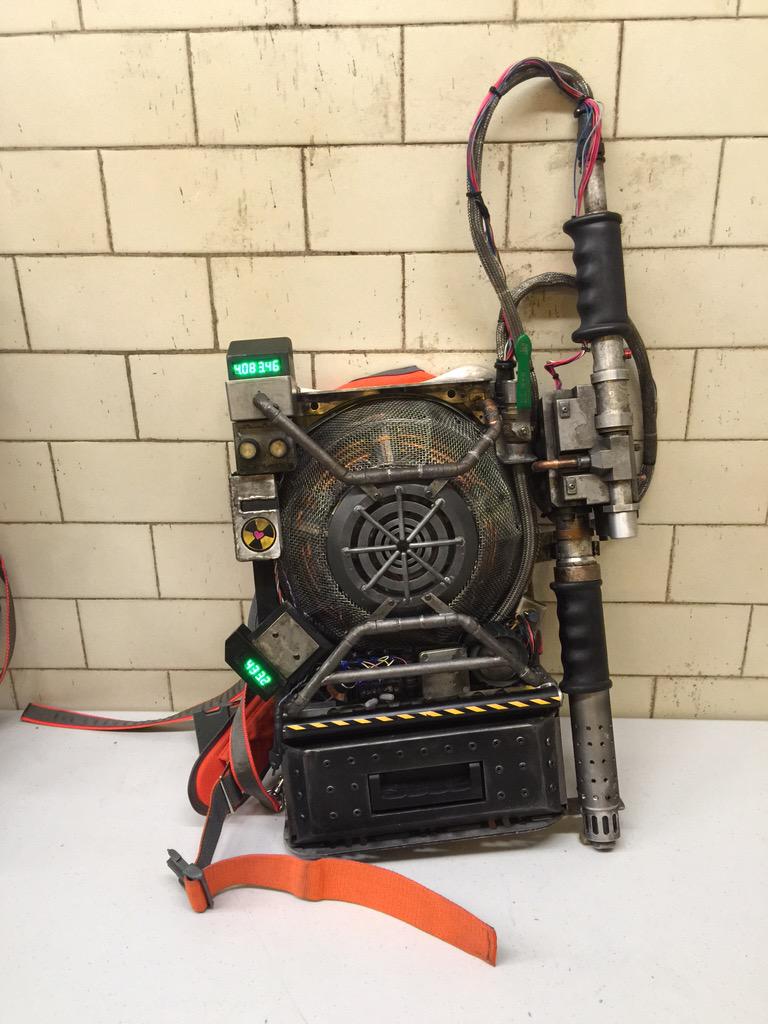 And while there are differences between both the original uniforms and proton packs, the designs haven’t been changed that much; however, fans are still finding things to complain about. The reaction to this new movie has been so negative.

Of course, there are some positive comments out there, but the majority of them have been negative. I understand being skeptical, but at least wait until you actually see the movie before you dismiss it completely. You can’t judge a book by its cover, and you can’t judge a Ghostbusters reboot by its proton pack.

If anyone cares, the movie is scheduled to hit theaters July 22, 2016.

We have been talking about this all-female ‘Ghostbusters‘ reboot for months now. Trying to figure out who Paul Feig would choose to bring the Ghostbusters franchise back to life. Well, we are happy to report that the speculation has ended.

Director Paul Feig surprised us all yesterday when he revealed the huge casting news on his Twitter account. We now know that Melissa McCarthy, Kristen Wiig, Leslie Jones, and Kate McKinnon will star in the film.

We all know the first two names. Wiig and McCarthy’s names were attached to this project from the very start, but the casting of Kate McKinnon and Leslie Jones did surprise some people. Kate McKinnon made news a few weeks ago for her brilliant Justin Bieber impression on SNL.

Deadline is reporting that all the funny ladies listed above are still in negotiations, so there is still a chance we could see a last minute change; however, we find that highly unlikely. None of these ladies are going to ruin their chances of starring in a freaking Ghostbusters film! I’d star in the film for a chewed-up piece of gum and a package of M&M’s.

After announcing the casting news, Feig also announced the scheduled release date for the film.