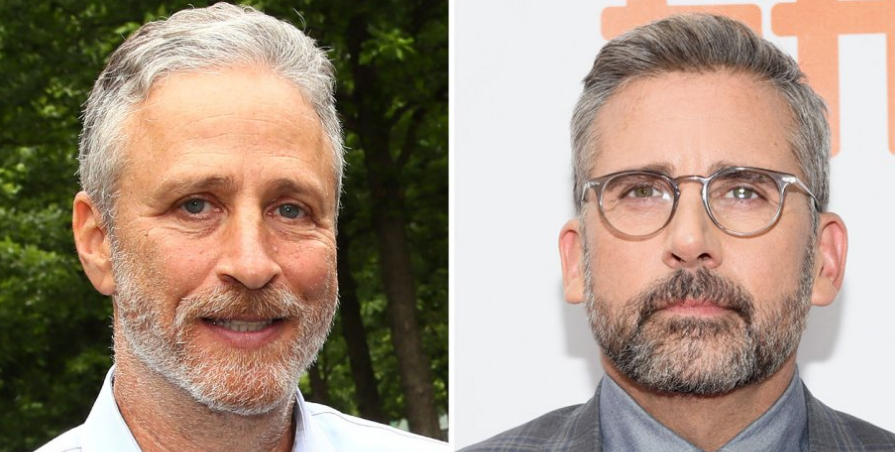 Jon Stewart is trying to set up a dream team for his upcoming feature project titled Irresistible. It’s being reported that Steve Carell is in talks to star in the film. There is no deal in place, but it’s looking likely at the moment.

Stewart will direct the movie and Plan B, the production company led by Brad Pitt, will produce.

Sadly, we don’t really know what the film is going to be about. We know it’s a political satire, but that’s where the information stops. But if anyone knows politics, it’s Stewart. He was the host of the late night talk/news satire program ‘The Daily Show‘ for over 16 years.

In 2014, Stewart made his feature directorial debut with the political drama, Rosewater. The film had a limited release inside theaters and ended up making a little over $3 million. It received mostly positive reviews, scoring a 77% on Rotten Tomatoes.

We will keep you posted as more information about Irresistible is released. Meanwhile, you can catch Steve Carell in the upcoming drama, Beautiful Boy.