‘The Mummy’ Releases Trailer Teaser AND Poster, Check It All Out Inside!

Are you excited for another reboot? You better be, because it’s all you’re getting for the next 10 years. The Mummy, the first installment in the Universal Monsters Cinematic Universe, has released its first trailer teaser and poster.

The reboot of the classic Mummy franchise stars Tom Cruise, Annabelle Wallis, Jake Johnson, Russell Crowe, Courtney B. Vance and Sofia Boutella. The plot summary states that the mummy is an ancient princess who awakens “bringing with her malevolence grown over millennia and terrors that defy human comprehension.”

As mentioned above, this is the first movie in the Marvel-style universe that Universal is trying to create with these monster films. If this one performs well at the box office, then get ready for a monster invasion. All your favorites will be coming back.

The teaser below is only 15 seconds, so don’t get too excited. The film won’t be released until June 9, 2017, so you still have a lot of time to wait. A full trailer will likely be released real soon.

They also released a poster. You can check that out below the teaser trailer. I like the poster more than the trailer. 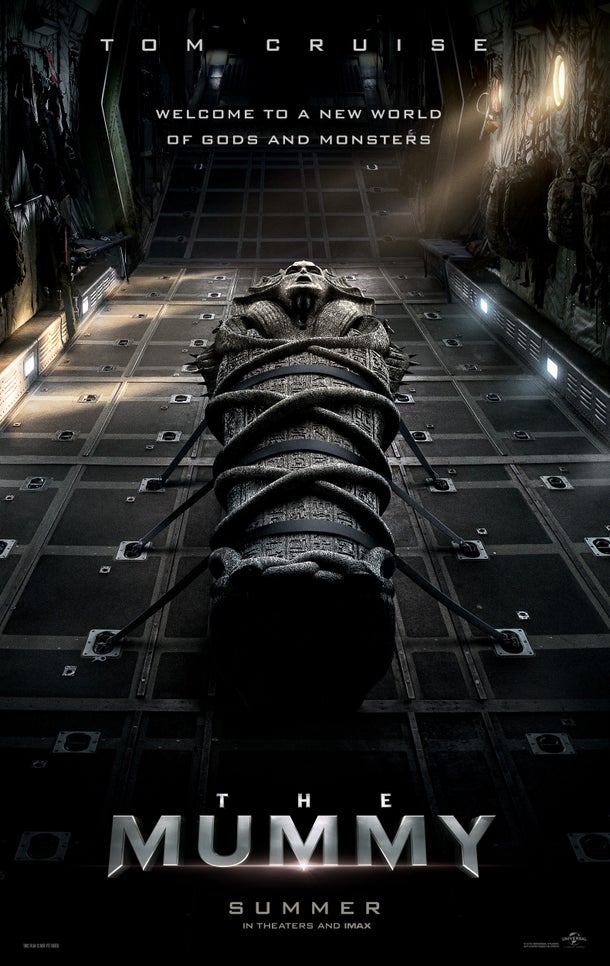