Michael B. Jordan Reveals How Many Pounds Of Muscle He Had To Gain For His Role In ‘Creed’ 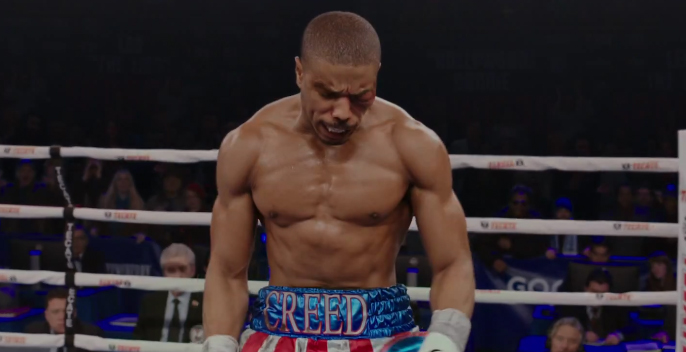 Just two weeks ago we saw the first trailer for the Rocky spin-off, Creed. And surprisingly, it looks like it’s going to be a fantastic movie. We told you in the trailer post that the star of the film, Michael B. Jordan, worked his butt off for this role.

In October of last year, he told The Daily Beast that he was working out constantly with Sylvester Stallone and trying to put on weight. “We’re putting the time in now to get it right.” He said during the interview.

And if you have seen the trailer, then you know Jordan was obviously successful with his weight gain. But just how much muscle did he put on? And how exactly did he do it? Well, E! News spoke to Michael B. Jordan and his Fantastic Four co-star Kate Mara at Comic-Con.

“How good does his back look in that trailer?” Mara asked during the interview, obviously wanting to make her co-star a little uncomfortable. “I got in shape. It’s pretty cool.” Michael replied. He also revealed that he gained 24 pounds of muscle for his role as Apollo Creed’s son.

How did he do it? Diet and exercise, of course. “Honestly, diet has a lot to do with it and lots of water.” He said before Mara added, “He was so annoying during our movie—every 30 minutes he was eating something.”

Anyway, you can check out Michael B. Jordan in Fantastic Four next month. Creed won’t hit theaters until November 25, 2015.

25-year-old freelance writer. Zachary writes. He's a writer. He is writing this right now. I don't like him. You shouldn't either.
View all posts by Z-rowe →
Tagged  Creed, Fantastic Four, Kate Mara, Michael B. Jordan, Muscle, Weight Gain.
Bookmark the permalink.