Jason Blum has been killin’ it in Hollywood for several years. He’s the founder of Blumhouse Productions, a name you’ve probably heard numerous times. They have produced incredibly successful horror films like Paranormal Activity, Insidious, The Purge, Sinister, The Visit, Split, Get Out, and many more.

They also have their hand in the ‘Halloween‘ sequel coming out this weekend, which means Blum has been doing a lot of interviews lately.

“There are not a lot of female directors period, and even less who are inclined to do horror.”

Obviously that statement is just not true. Maybe there aren’t many well-known female directors working in horror, but that’s because they haven’t been given a chance yet. 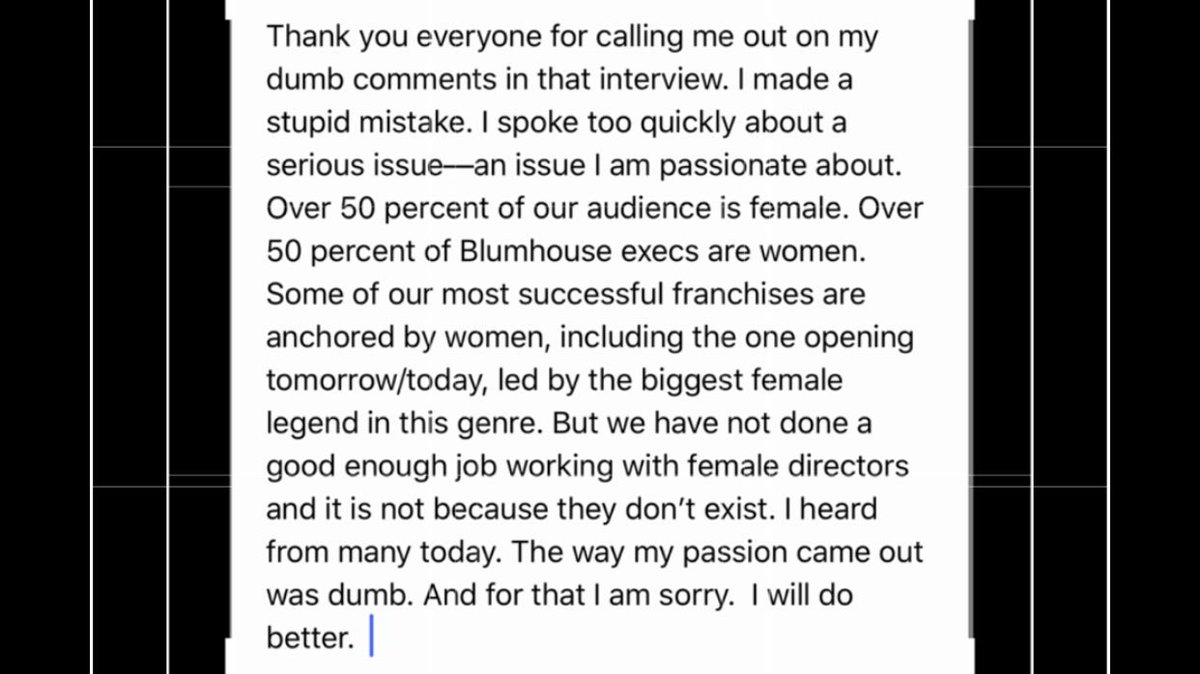 That’s a solid apology right there, and you know their next horror film will probably have a female director attached to it. So maybe some good has come out of the silly comment.

Check Out Elijah Wood In...

Check Out First Trailer For...