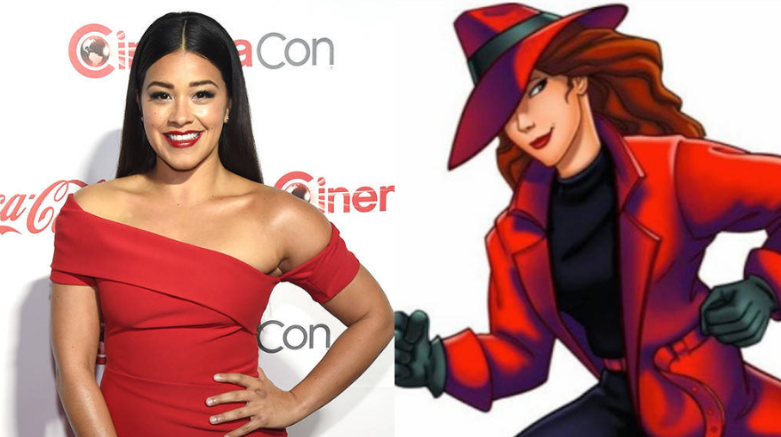 Gina Rodriguez is slowly becoming Carmen Sandiego. Last year, we learned that Rodriguez would be voicing the animated character in Netflix’s upcoming animated series about the international criminal.

Now we are learning that Netflix is also producing a live-action Carmen Sandiego movie, and it will feature Rodriguez as well.

“This is an extension of the brand as Netflix last year announced a new Carmen Sandiego animated series for 2019 with Rodriguez voicing the title character. She will produce Carmen Sandiego through her I Can and I Will productions alongside Kevin Misher and Caroline Fraser who will also produce.”

Not much else is known about this movie project. There are no writers or directors attached at the moment. We do know the animated series is expected to premiere on Netflix in 2019.

We’re assuming the live-action film will probably be released in 2020. If both the series and movie perform well, we could be looking at a new franchise building.

We’re sure Rodriguez has her fingers and toes crossed!