Find Out Which Actress Disney Is Considering For The New Mary Poppins Film! 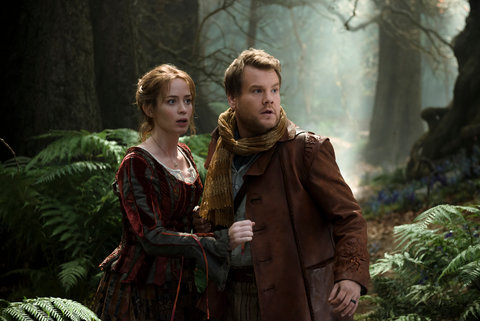 We told you earlier this week that Disney is developing a new Mary Poppins musical. Into the Woods director Rob Marshall is reportedly attached to the controversial project. We say controversial because there is a heated debate going on between fans online.

Some people love the idea of making a sequel, which will reportedly be set 20 years after the first film, and some people absolutely hate the idea. But even those against the project, still have to admit casting a new Mary Poppins movie sounds like a fun process.

And the casting rumors have already started. Den of Geek is reporting that Disney really wants Emily Blunt to take the lead role in the sequel. A lot of fans were throwing out Anna Kendrick‘s name, but honestly Blunt makes a little more sense. It keeps Mary Poppins English. You want to keep things as authentic as possible.

Plus, we already know Blunt has a pretty neat singing voice. It seems like she would be a perfect fit. Of course, this is all just speculation right now. We don’t even know if she would want the role. After all, she has admitted in the past to being “terrified” of sequels.

We’ll see what happens. Who do you want to see in the movie? Who are you replacing Dick Van Dyke with?

Look At Willem Dafoe In First...