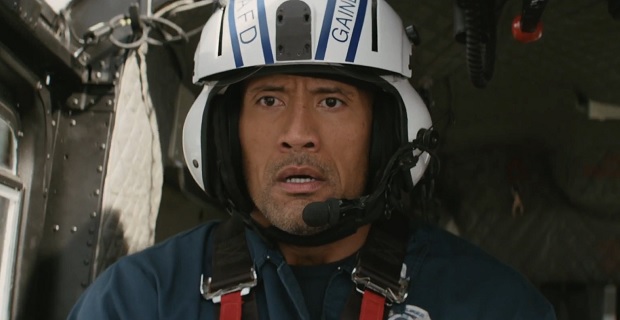 Dwayne Johnson has starred in some decent films. His acting career is no laughing matter, and even if it was, no one would tell him because he could kill you with a handshake. But like we said, he’s actually a good actor and he has starred in some good movies; however, we don’t believe his new film San Andreas will be one of them.

In the new movie, The Rock and his estranged wife (Carla Gugino) are forced to work together again to find their daughter after a magnitude 9 earthquake destroys the state of California. It looks and sounds similar to The Day After Tomorrow, just with more destruction and more Dwayne Johnson being a badass.

San Andreas was directed by Brad Peyton, and for some reason, it took a team of six writers to create this masterpiece. The good news is that Johnson’s daughter will be played by Alexandra Daddario. You probably remember seeing her naked body straddling Woody Harrelson during that lovely scene in True Detective. She probably doesn’t have any nude scenes in this film, but you can bet there will be several shots of her running in a tank top!

Check out the trailer down below. The film will shake theaters May 29, 2015.

The New Trailer For Disney’s...