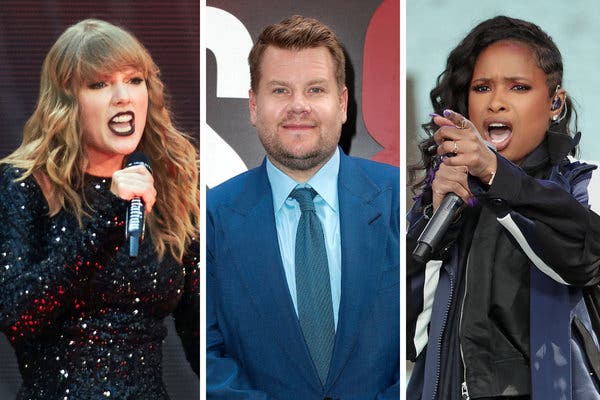 Taylor Swift has shown off her acting skills every single time she has won an award on stage with her “shocked” face, and now she’s bringing those skills to the big screen.

According to a new report, Swift has joined a cast of Jennifer Hudson, James Corden and Ian McKellen for the upcoming movie adaptation of the massive hit ‘Cats‘ musical.

The movie, which is being directed by Tom Hooper, will star Hudson as Grizabella, a former “glamour cat” ostracized by the Jellicles.

“McKellan will play Old Deuteronomy, the elderly Jellicle Leader, and Swift is being eyed for Bombalurina, a flirtatious red cat. The musical — which is the fourth-longest-running show in Broadway history, and was the longest running Broadway show in history from 1997 until 2006.”

I believe James Corden will be driving the Cats around in a vehicle? Not 100% sure on that though.

Production is scheduled to begin later this year in the U.K., and more casting news should be coming soon. For those who don’t know, Hooper directed the 2012 hit musical drama Les Misérables, so he certainly has a lot of experience in this world.

We Got A Full Length Trailer...

Movie Review: Into the Woods...