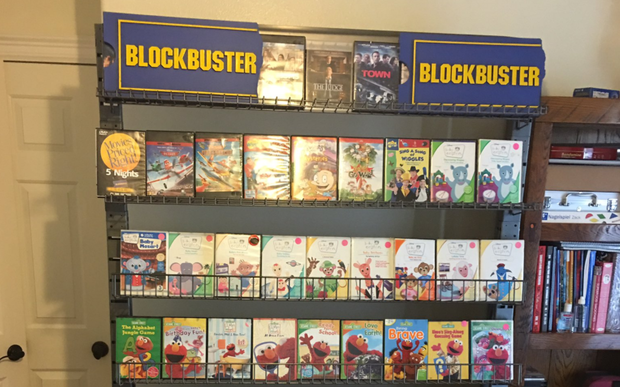 There are only like 30 or 40 Blockbusters left in the United States, and most people don’t even realize the number is that high, because the Blockbusters that are still running are not in big cities.

It’s a joke to most people. If you see a store that is still open, it’s like finding a unicorn. People miss Blockbuster the same way they miss their best friend in 1st grade. It’s like yeah, you shared some good times, but now hyou have bigger and better friends.

But for one 20-year-old man in Texas, Blockbuster was more than just an old friend. Hector Zuniga has autism, and for years, he and his family have made weekly trips to the local Blockbuster. He would sometimes visit the store as much as three times a week.

Hector’s brother, Javier, told reporters, “He loved Blockbuster so much. It was one of his favorite places to go,” and that’s why his parents were so afraid to tell him that it was going to shut down in April.

So they decided to make the transition a little easier for Hector. They ordered dozens of his favorite DVDs (Rugrats, Blues Clues, Veggie Tales, etc) and bought a shelf from Blockbuster. They set up the shelf inside their family room right next to a bookshelf.

“They decided to make this Blockbuster because they knew he wasn’t going to understand that Blockbuster was closing down. He was super happy when he saw the surprise and was clapping and laughing of joy.”

Parents of the Year? Possibly.

Theater In Texas Gets Creative...

A Blockbuster Video In Alaska...